Beginning of conservation works on the intervention areas 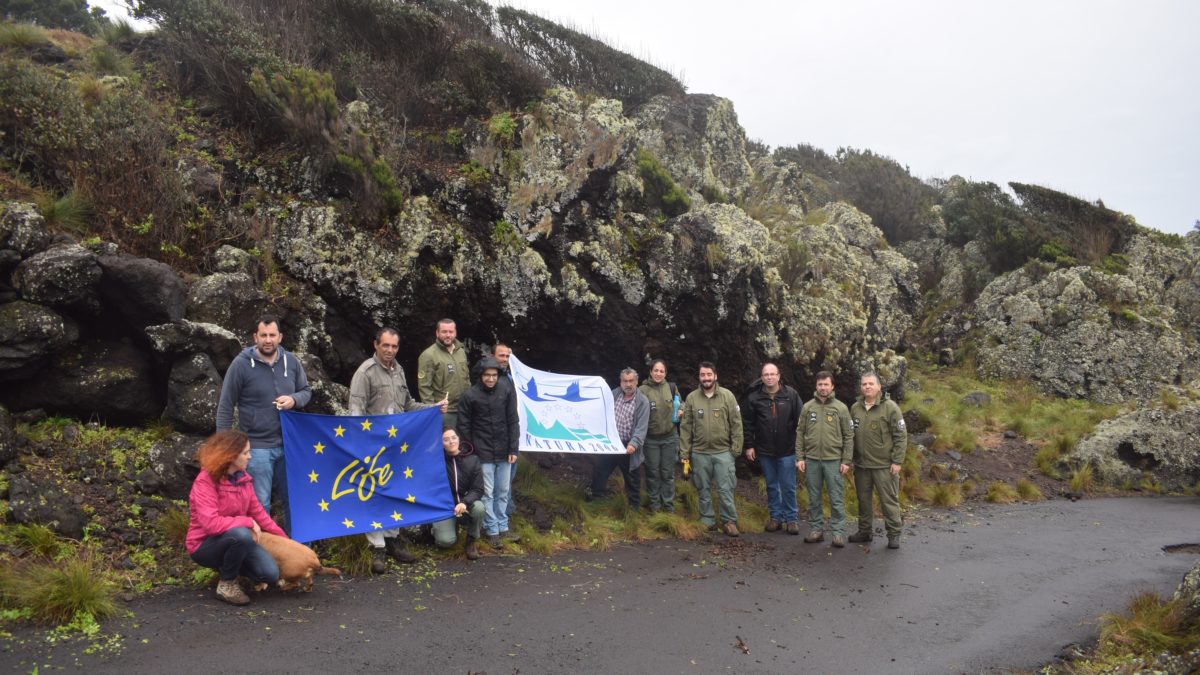 February marked the beginning of concrete conservation work in the LIFE VIDALIA intervention areas. For the time being, work has been done on the population of Azorina vidalii from Morro de Castelo Branco, Faial, and the one of Lotus azoricus from Calheta de Nesquim, Pico.

The work sessions were supported by the Natural Parks of each island, and in the ​​intervention area of Calheta de Nesquim, where the most significant Lotus azoricus population of the Project is, the Nature Rangers of Pico, officials and Councilman with Delegated Competencies in Environment, Nélson Macedo, of the Municipal Council of Lajes do Pico, aided the works. Still regarding this population of Lotus azoricus, it is also worth mentioning that with the participation of the 20 people, it was possible to remove garbage and invasive alien species such as Hottentot Fig (Carpobrotus edulis), New Zealand spinach (Tetragonia tetragonoides ), African daisy (Osteospermum fruticosum) and the fern Cyrtomium falcatum from a considerable area. 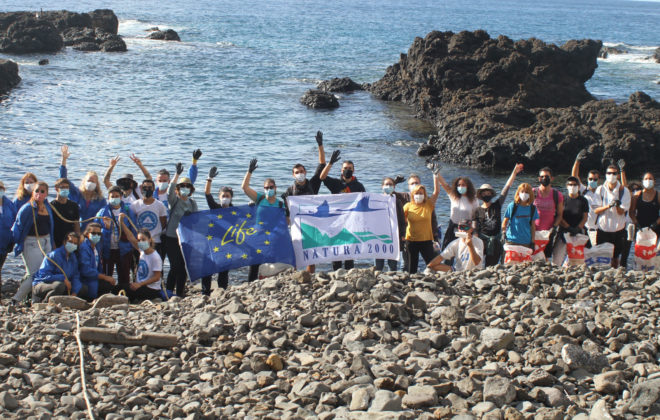 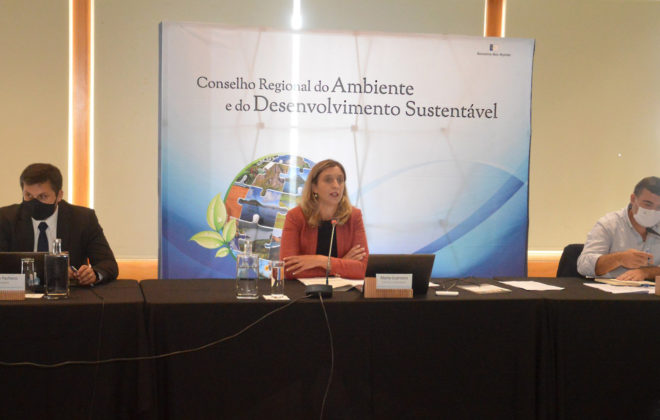 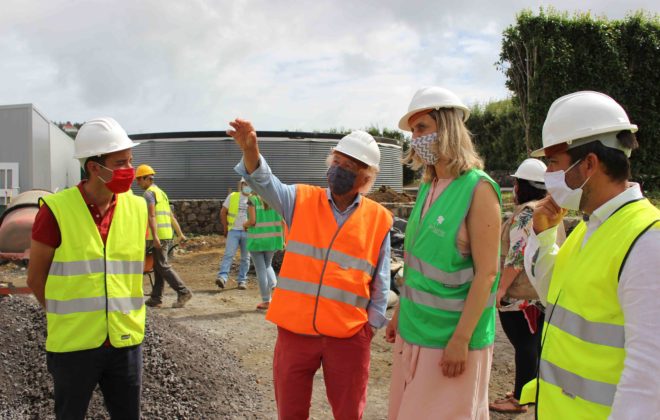